Here are a few tips to keep in mind. 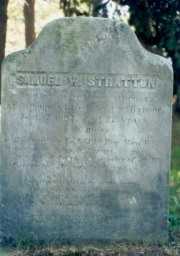 Words and names were often phonetically spelled. We often are viewing Old English usage as in an “f” is meant to an “s”. “Mifs” is Miss. “Y” that stands alone is the same as “th”, “ye” means “the”, “in his 30th year” means he had not reached his 30th birthday YET. Consort is a when the wife has died before the husband leaving him alone. Relict (Relick, Releeck, Relect) is the same as a widow, hence dying after her husband, she being left alone. In Colonial times not many spouses were left alone for long, especially if children were involved. Many interesting stories unfold when you read these stones and see that it was quite common for people to have remarried two or three times. (I have also seen the word relict used for a male although it is infrequent.) Double dated years as in “1726/27”, denotes not a mistake by the carver, but marks the old and new year numeration after the calendar change in England (1752) when the beginning of the year was moved from March 25th to January lst. So if you find the double date, and the stone inscription is missing it’s “month”, you would be suspect to look for a death that occurred during those months of Jan, Feb. or March.

Reading an Inscription with mirrors

CGN recommends that you learn to use a mirror (see below) to light a stone that is in the shade or is difficult to read. Reflecting the sun with a mirror can create shadows in the lettering to add contrast. In general, highlighting the lettering with chalk (which is an abrasive), or any other method, is not recommended. Do NOT use shaving cream because adding chemicals to the stone can have other deteriorating effects. Chalk has dyes in it, shaving cream at best has oils, flour equals yeast which is a medium for lichen growth. Waiting for the rain to wash off anything that you put on it is not a responsible action. The stone should NOT be damaged by your use of it. A mirror is always safe and helps to produce a great photograph. Remember, If you’re new at reading old gravestones from the Colonial period – dictionaries were not available and very few folks were good readers, if they knew how at all. They’re not errors!

More examples of using a mirror to read inscriptions: 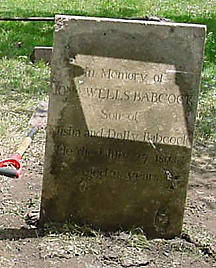 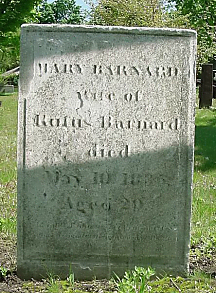 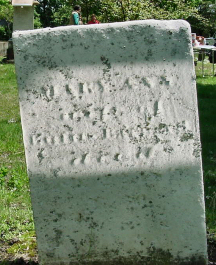